One of the reasons I am able to explore my past in such detail is the plethora of photographs we have to illustrate it. This is because my dad was a keen and talented amateur photographer for much of his life. I don’t know for certain when it started; possibly he picked up a camera in Hong Kong when he was there in the navy in the late 40s. Certainly, from as early as I can remember he always had his cameras with him. Usually his Rolleicord (What an amazing sci-fi worthy piece of kit that was) for black and white and another for colour slides. It was only much later that he moved to colour prints and then, for the last few years of his life, digital.

Whilst the colour slides are a great insight into an era that was important to us as a family but also to the world – sixties photos seem to have a unique quality, it was his black and white output that dominated his work. And the great thing about them was that they were his creation from start to finish because every Monday evening when his photography club were not meeting, our bathroom became his darkroom. 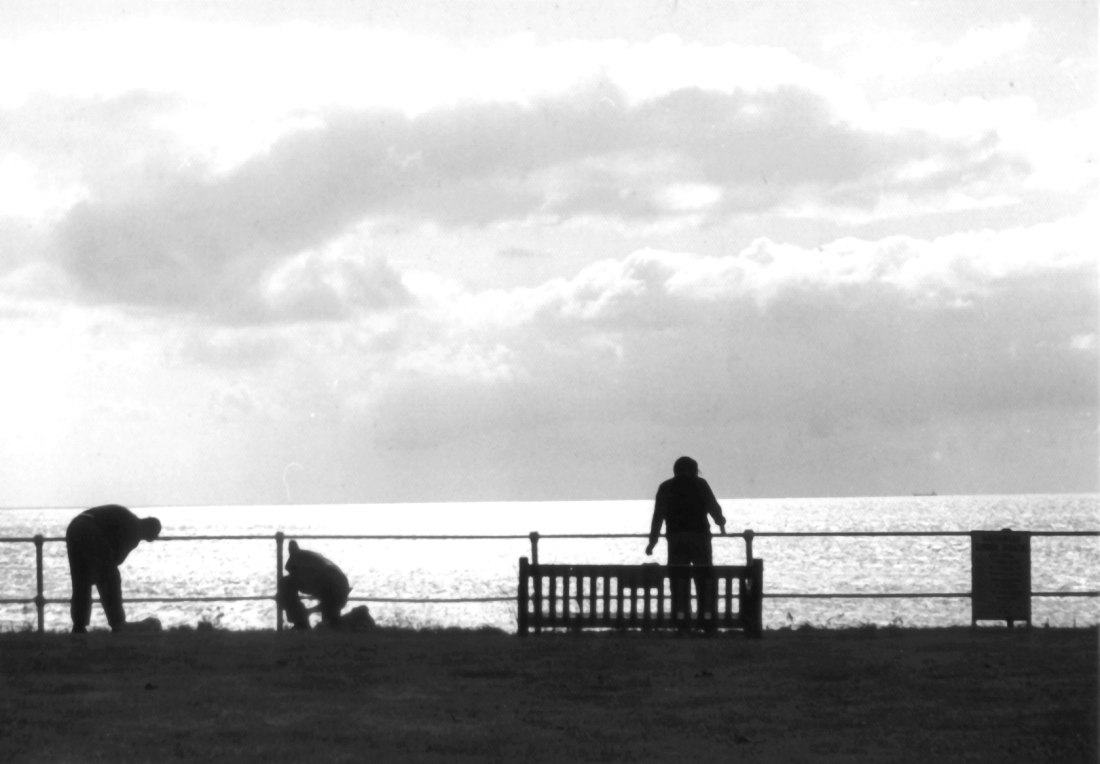 Even that was amazing to me in a Thunderbirds like way. A talented carpenter as well as photographer he had built this unit that sat over the bath and unfolded to create a sturdy surface. Into this slotted his enlarger and three white trays in a row. A red safety lamp was clipped to the door. On the landing just outside the bathroom was a huge wooden cabinet (I assume also built by dad). Normally it stood with a lace runner, a vase of fresh flowers, and a small pile of books but on darkroom Mondays it was stripped of these and opened up. Inside a veritable pharmacy of huge brown bottles and packs of paper.

Combining all these elements dad could take a roll of film from his camera and pop in a plastic pot with a slurp of this and a slosh of that. A vigorous shake then he started the Smith timer running with the silver bar on its side. After the prescribed time the film was removed, unrolled and squeezed between spongy tongs. Then the action moved to the enlarger where under the red glow of the safety lamp each negative was shone onto a piece of photographic paper and sized to suit the purpose; a number of small proofs on one sheet or an A3 sized enlargement to enter in competition. Exposure for the correct time and a bath on three liquids before the final print emerged. This was alchemy to 10 year old me. I stood and watched him on many occasions, although it wasn’t all the time as Monday was Star Trek night. 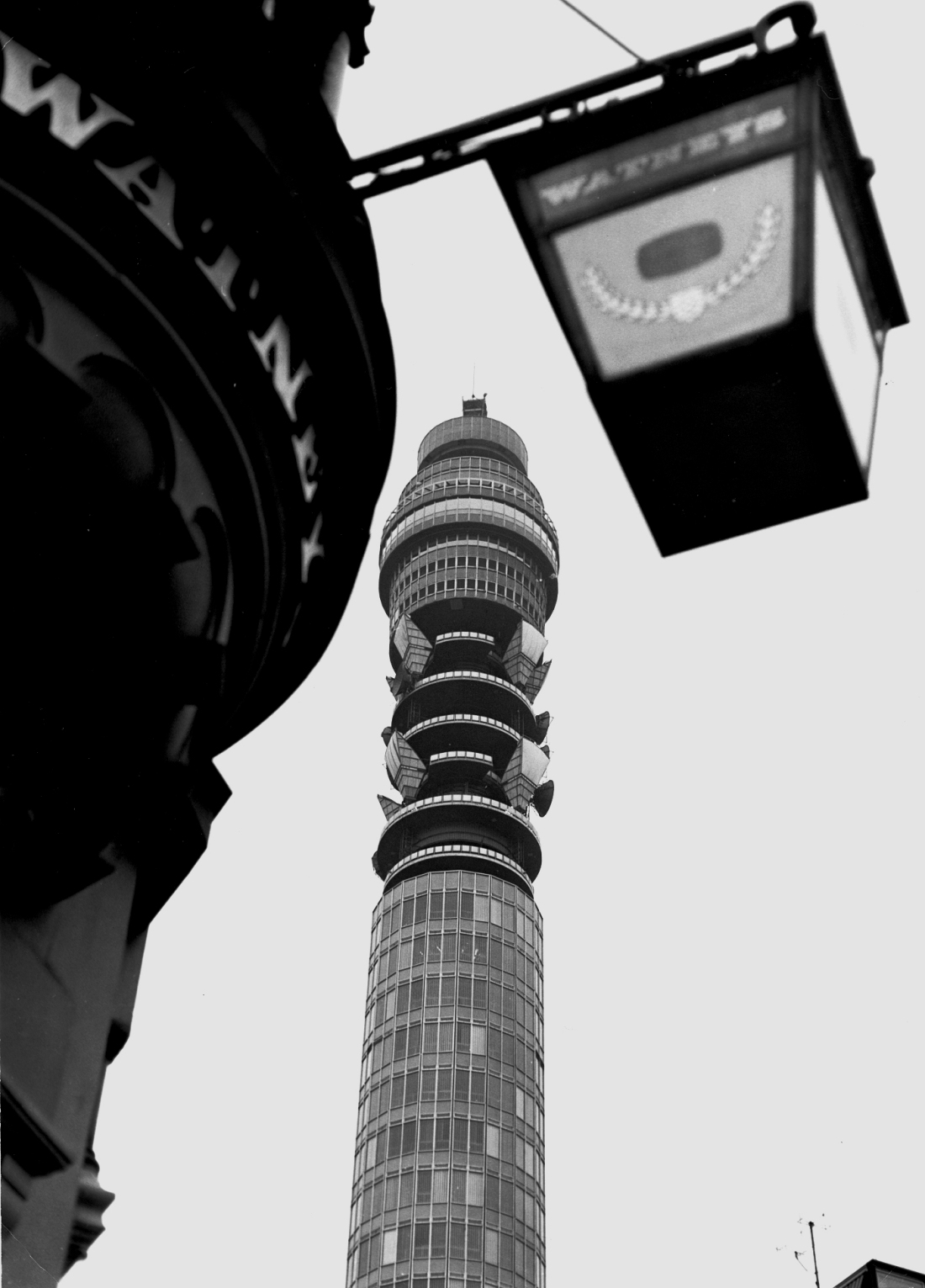 It didn’t end with standard prints. In the days when Photoshop was a place on the High Street, it seemed the camera still could lie. By exposing different images on to the same paper, dad could create pictures in the darkroom. My favourite, sadly lost, was when he photographed me sitting on a log outside then photographed a page from my Magic Roundabout Annual. Later there was a photo of me sitting on Dougal’s golf bag whilst he played his shot. Magic!

I said that darkroom Mondays only took place when the camera club was not meeting. Dad was a long-term member of the Lea Valley Photographic Society and even got me to join one season. The club met at Cheshunt Library every Monday from September to June/July then broke up for the summer. In the course of the year they held several competitions and a big annual exhibition in Waltham Abbey Town Hall. Dad won trophies on many occasions and merits dozens of time. I even got a mention in dispatches myself for a slide of Stonehenge.

Every now and again, quite probably also on a Monday and often when our dear friends May and Fred were visiting from Tottenham, the curtains would be closed, a screen raised, and the projector warmed up. I have to be honest here – I think my mum hated it. I think she would much prefer to sit and bury her nose in a book or magazine after a day’s work, cooking. Cleaning and ironing. We kids loved it though. What a simple way to bring back happy memories.

And 40 years later, the magic is still there. Only now, thanks to scanners and the internet, we can share dad’s photos and slides much further. As well as holiday slides from Norfolk, we visited London many times and there are a lot of shots of London in the 60s and 70s. They go down well in certain facebook groups.

The saddest part is my dad was too self-critical. About 20 years ago after he had retired, he started to sort his photos out. He put the best – in his view into albums – and without telling us, threw out loads more, negatives and all. Anything he considered substandard went. He was on the about the third clearance when I found out and rescued them from the bin. It was too late for lots though and frequently my sister will say to me, “Do you remember that picture where I…” but a search through all the surviving pictures turns up nothing and we have to guess it went out under my dad’s self-critical eye. My dad rarely made me angry but throwing out a large chunk of our past was one time he did. Thankfully lots also remains.

One of his photos hangs on the wall by my bed. It’s an A3 sized black and white enlargement of a frozen padlock on a wooden gate post; one of his arty pieces. Clearly blown up from an exhibition, I think it may have a Certificate of Merit sticker on the back. I certainly love it, don’t tell Hazel, but given I start off sleeping on my right hand side it is normally the last thing I see at night before I drop off to sleep. A wonderful reminder of a lovely man, a fabulous father, and a talented photographer.