A short and brief reflection today as I have to go out soon but I have to escape terrorism and Brexit for at least a few short paragraphs. One of my escapist hobbies is hanging around a number of social history and local history groups on facebook and I recently posted a load of dad’s photos in a London in the 60s and 70s group. A number of these were taken from the roof of Great Arthur House which set me thinking about my several visits there during the sixties. 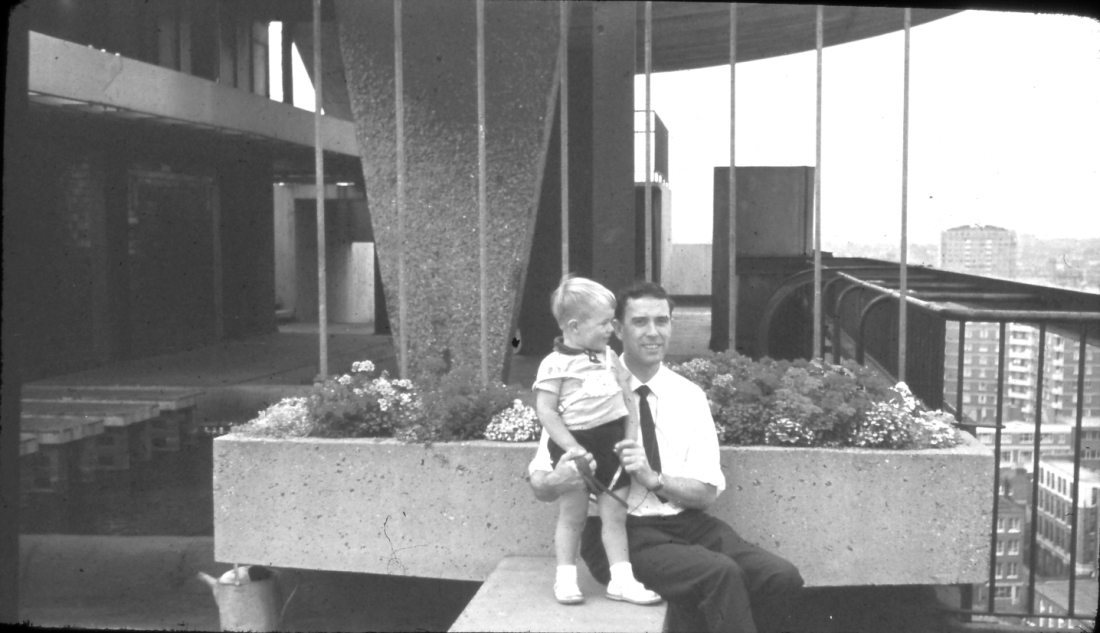 It’s not exactly a tourist attraction. In a nutshell it is council housing in a great big tower block; at least it was back then. Let me explain. In the early fifties London was in desperate need of rebuilding after being decimated in the war. (I use that verb loosely since to decimate actually means to reduce by one tenth and I didn’t measure). At this time Cripplegate – a once thriving area of the city– was home to just 50 people, the rest having been bombed out.

A competition was launched for designs for a new estate to provide council housing in the area and it was won by a partnership of three Kingston School of Art Lecturers, Geoffrey Powell, Peter Chamberlin, and Christoph Bon. The estate that would be built became, and still is the Golden Lane Estate and it stands alongside the Barbican to this day. Most of the buildings on the estate were smaller three story blocks but Great Arthur House was the towering, 15-storey building that, for a brief period, was the tallest residential building in the UK. 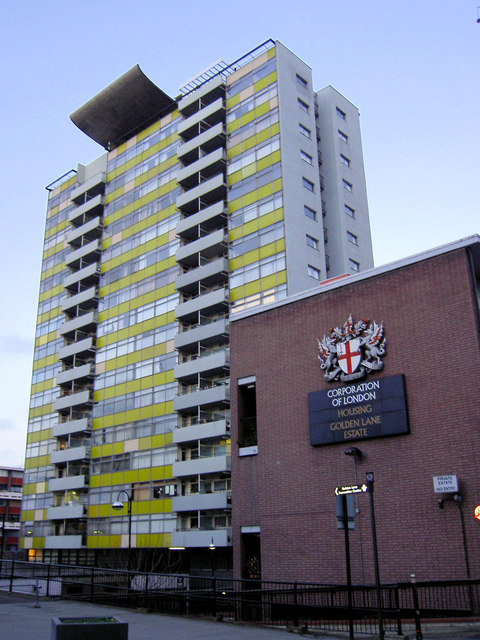 Unlike other council estates, Golden Lane was aimed at single people and most of the flats were one-bedroom or studio flats. This would be how my auntie Jean, recently divorced in the mid-sixties and a telephonist in the City of London, came to reside in the first floor of Great Arthur House. It was also why, several times a year, her sister (my mum) and us would go to visit. Those visits have stuck in my mind for a number of reasons.

Firstly it was the journey there. Normally made on a Sunday, we took the train to Finsbury Park and changed for Moorgate. This was still the old underground and not the direct overground service to Moorgate which didn’t open until 1976. The reason we went to Moorgate is that most City stations, including Barbican, were shut on Sundays. I loved walking through the City on a Sunday in those days. Often, once we had got to my aunt’s, we would all take a stroll around the area. You have to understand how quiet it was in those days. Even now the City is relatively quiet at the weekend, compared to its heaving weekday self. Then though, it was almost deserted.

The silence might be broken by the fire engines of the London Salvage Corps screaming out of their HQ on Aldersgate Street, or occasionally by the bustle of a film crew making an episode of the Avengers or something similar. To be honest, we probably saw the latter once but it so excited me that my memory wants to say we saw it often. Of course, what we did see often was the places where things had been filmed. For me, a budding Doctor Who fan, just going on the underground was evocative of the Yeti roaming through it in Web of Fear, and approaching St Paul’s up the steps that a few Saturdays ago, the Cybermen had come down in the Invasion was enough to send me into raptures.

And then we approached the tower block. So obvious with its bright yellow panels that defined the estate. On the forecourt as we approached were a number of concrete walls. As you got closer you could see they formed circles and as you looked over the wall, hoisted on to it my mum or dad, you realised there was a 30 foot drop into an underground car park. 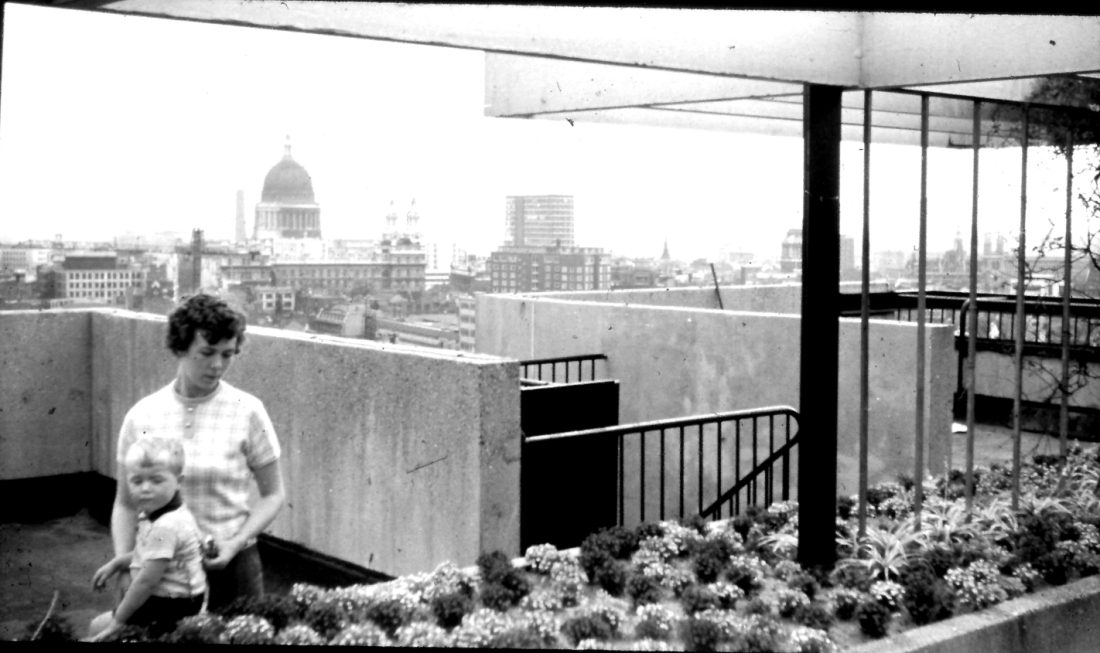 And then the flat itself. My aunt was on the first floor – I don’t think there were any residences on the ground floor, just lifts and utilities. It was a one bedroom flat and small but not cramped. Coming in from the hall a small kitchen and bathroom were just ahead of you then you turned into the body of the flat. Essentially just two rooms separated by a sliding glass door, it looked so futuristic. And then, behind the bathroom and kitchen – a balcony. I had never seen such a thing.

Two other things remain burned into my memory about Great Arthur House. One was the rubbish chute. At home we put everything in a dustbin which the dustman came and got once a week. Here you bagged stuff up and walked outside, opened a chute, and dropped it in. Crazy! The other was the roof garden. Ride the lift to the top of the world and go out on the very roof of the building. The views, oh heavens those views.

And then in 1974 my aunt remarried the man she had divorced in the sixties and moved to Hoddesdon. Our trips to London reduced to occasional tourist forays.